My Northern Exposure of the Twin Peaks 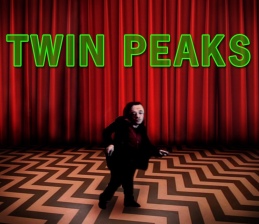 My first question was, how did I miss this show when it first came out?  Let’s see, I had a one year old, I was pregnant with my second child, and I was working about 50 hours a week at a bank. That might explain it. But thank you lord for Netflix. This show popped up on my feed and I thought I’d give it a try. I had heard of it. I knew there was a Laura and a Leland Palmer and a mystery, but that was about it.

Granted, this show isn’t for everyone but it was right for me.

Can you say quirky? This show has it all. It has Julie from The Mod Squad and Officer Gillis from The Rookies. The show has a lady that carries around a log. Seriously. And Leo Johnson? He became so much more interesting when we lost the ability to walk and talk. I’ve not finished the second season but I hope there is a conclusion to his storyline. I hate for it all to end although I hear more is coming.

I like quirky. I don’t watch an awful lot of television. No really. I know everyone my age says that but I don’t. It’s not that I don’t like television, it’s that it zaps my time. Hours disappear from my day, like Major Garland Briggs disappeared in the woods (Twin Peaks humor). If I find something worth giving up my hours, I’ll binge watch and drudge through the next day with dark circles under my eyes and a short temper. Thankfully, I rarely find something worth my time.

My all time favorite quirky show is Northern Exposure. I bought the DVD set and, trust me, I’m not a ‘watch a show over and over’ kind of girl but I watched the whole run again.

Northern Exposure has the quirky characters, too. Marilyn Whirlwind and Adam and Eve. If you’ve never seen the show, well first, you should and second, it’s the matter-of-fact way the characters are presented that endears it to me. No one is too eccentric-much to the dismay of newcomer Joel Fleischman-to be a part of Cicely, Alaska.

The two shows have more in common than there oddities. They both take place in secluded towns. They both take place in really cold Northern parts of the United States-Washington and Alaska. Maybe that’s it. Maybe the people in the northwest are my kind of people. Do you suppose everyone is accepted, eccentricities and all? Maybe these show were produced just to show me this is where I’m meant to be. 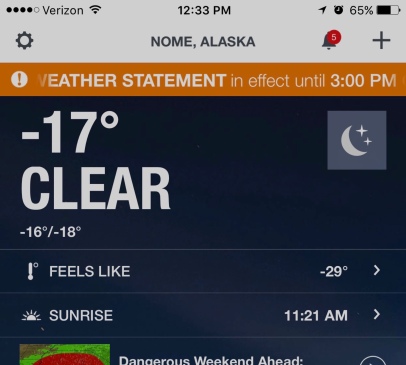 Hope your day is warmer than Nome, Alaska.